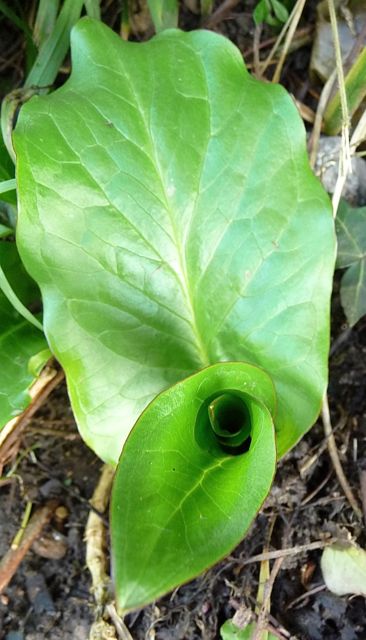 It’s the last day of February, which is the last month traditionally considered to be a winter month. Although the temperature tells us it feels like winter, to me February is definitely a spring month. The lengthening days trigger all sorts of changes that will eventually result in reproduction – flowers and nest-building are on their way. Not in a major way, but the first celandines have been here for a few weeks now, and the other day I saw my first dandelion. The plant that says spring to me most of all though is the Wild Arum. When her leaves start to unfurl and wave their lush green-ness, it’s official. Spring is coming.
And yesterday I saw a sparrow playing with a feather. Not doing anything constructive with it, but picking it up, carrying it about a bit then putting it down. Then repeating the whole thing. Nothing major like nest-building passing through her brain, just a feeling of ‘mmm, this is a lovely thing, I might need something like this soon…’